On a mission to stop 100 million kg plastic from reaching our oceans!

"In the end we are doing what every start-up does: looking for ways to make our approach scalable"

One million kilogrammes: that's how much plastic the Belgian NGO River Cleanup has already removed from rivers and river banks. But for founder Thomas de Groote, that milestone is only one small step along the way. By 2025, he wants to see 100 million kg of plastic taken out of the world's rivers. "You always have two options: to either do something, or do nothing. It's really that simple. I am a firm believer that you will motivate more people, businesses and government agencies by actually doing something. That's my 'Going to Mars'. Elon Musk isn't there yet, not by a long way, but every day he moves just a little closer in the direction of his ultimate goal."

De Groote launched River Cleanup in 2017. He tells us about the birth of this idea. "My sister invited me to take part in a 10-Minute Challenge: For ten days, I had to spend ten minutes each day cleaning up litter from the streets, and make a video of it for social media. No exaggeration: those ten minutes turned my life upside down."

“You know the expression ‘Once you see it, you can’t unsee it’? That's how it was for me. Before that I had hardly ever noticed all the litter, and suddenly I saw it everywhere. So I kept cleaning it up, even after the ten day challenge was over. Sometimes on my own, sometimes with others: there were times when 100 people came along with me. I had a good job where I was very happy, dealing with change and transformation in the health sector. But really I knew: this problem is so immense that I needed to help solve it!" 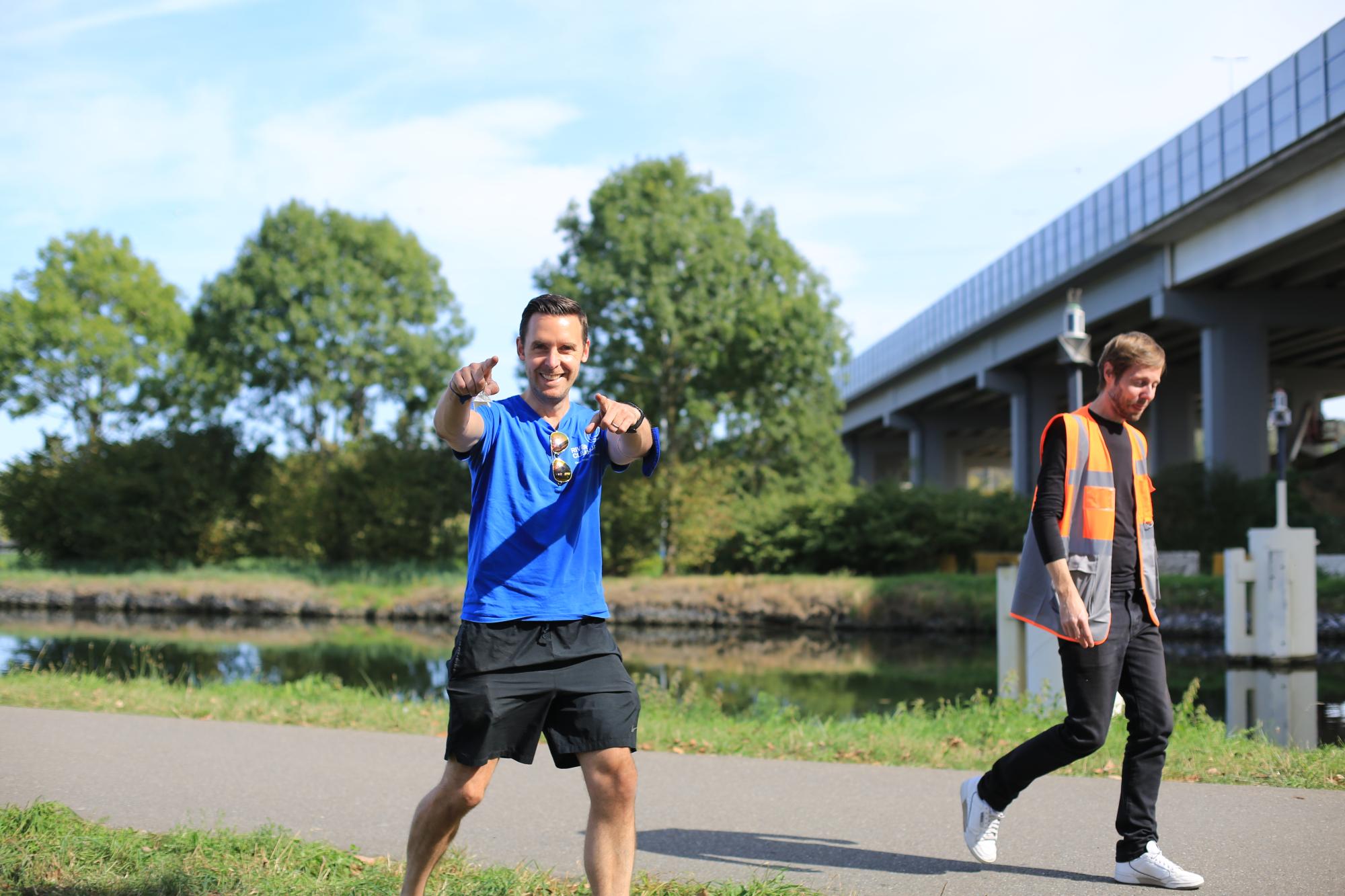 De Groote's wife's work took them to Düsseldorf where he launched the first Rhine Cleanup, together with a local organisation. "The aim was to carry out nine clean-ups in three different countries passed through by the Rhine. In the end there were 10,000 participants, and we completed major clean-up operations on more than fifty locations. The Germans had a more local focus and they wanted to restrict their actions to the clean-up of the Rhine. But I saw things on a much larger scale: the "plastic soup" is a global problem after all, and it needs a global solution."

Eleven billion kilos of plastic goes into the world's oceans every year says de Groote. "If we want to put a stop to that, we need to start with the rivers, which transport the plastic to the sea. I noticed on Instagram that the name "River Cleanup" was still available, so I registered it and the journey had begun."

"It wasn't really planned, but gradually more and more of the pieces of the puzzle fell into place. I came across organisations all around the world which shared the same mission. We took part in World Cleanup Day, but we won't get there with just one day a year. We need to do MORE!"

Do something, or do nothing?

The work of River Cleanup follows three major themes, explains the organisation's founder: helping to transform businesses and government agencies, to raise awareness and motivate the general public, and to put our own shoulders to the wheel by organising clean-up operations. "I'm very conscious that we aren't going to get all that plastic out of the ocean on our own," says De Groote. "And yes, it is frustrating if you pull hundreds of kilos of plastic out of a river, and the following week you see a whole new load of bottles and cans floating around in the same place."

"But there again, you have those two options: to either do something, or nothing. It's really that simple. Now, it may sometimes seem that you can only do something for the planet by not doing something: not eating meat, not using a plane to fly off on holiday, not driving a car...of course those things make a difference, and I do my best to reduce my own environmental footprint. But I am firmly convinced that you will motivate more people, businesses and government agencies by actually doing something.”

"The primary aim of our operations is to give as many people as possible a wake-up call. I have seen how the new generation deal with the planet with far greater awareness, and how they apply much-needed pressure on businesses and government agencies. Today you pay for a disposable plastic bag at the baker's, you put your veggies in a paper bag at the supermarket, and packaging-free stores are no longer just the preserve of the non-conformist social reformers. But is this enough? The short answer is no. Are things going fast enough? Again, no, but there is some movement, and that is something.

Despite being involved day in day out in the fight against disposable plastic, the driving force behind River Cleanup hasn't himself succeeded in living a plastic-free or zero-waste life. "Not yet", he emphasises. "So I can't expect other people to be holier than thou. The route from A to B isn't a straight, line, we have to deal with ups and downs along the way. There is no holy grail, no magical solution. If there was, we'd be there already." 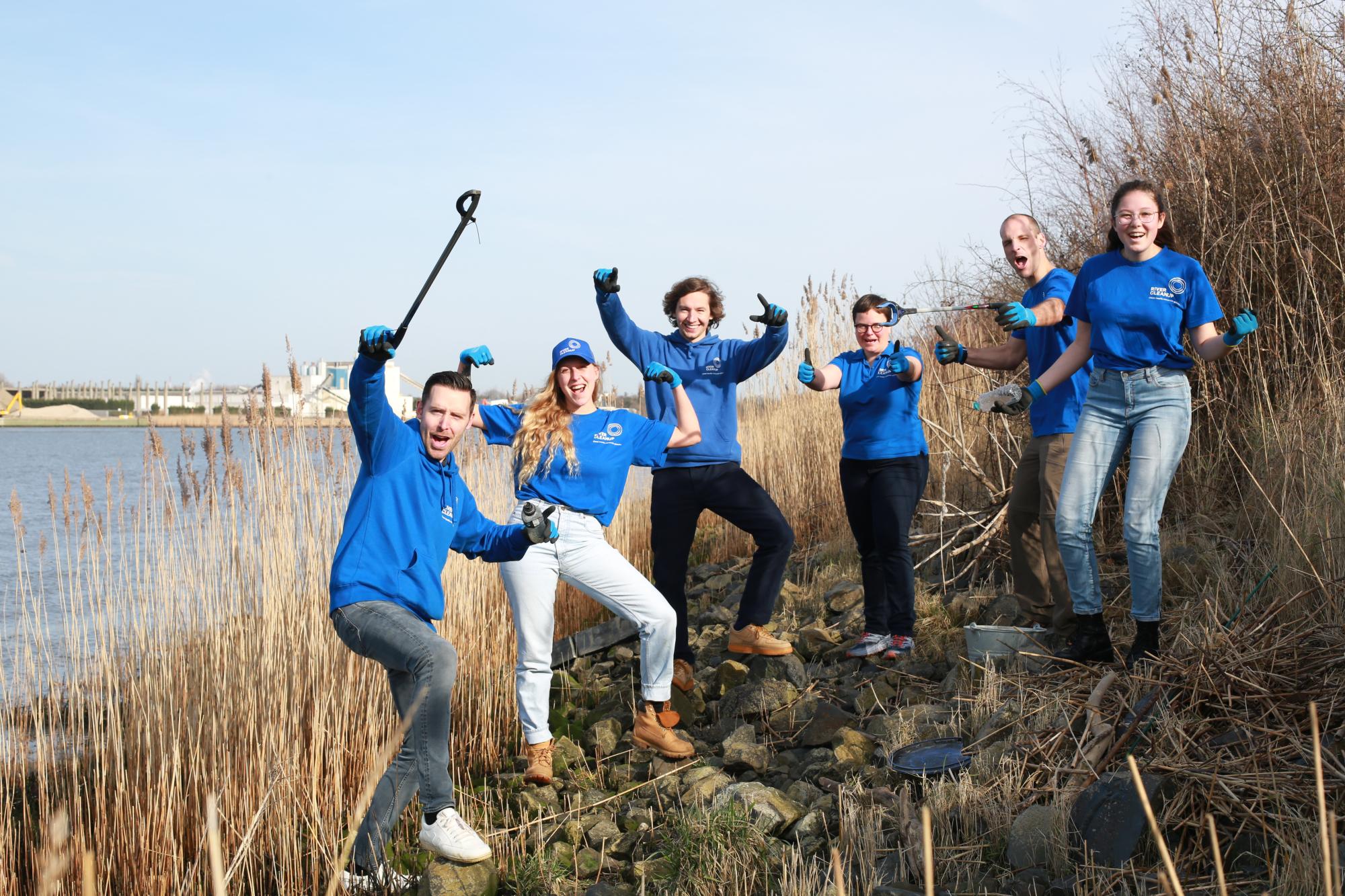 Pressure from start-ups and scale-ups

Businesses are important partners for River Cleanup. But there were lengthy internal discussions before that happened, says de Groote. "There's something to be said for the activist approach, to stir up businesses and governments. But we take the view that there's no point in confronting one another with daggers drawn. So we are going to do this thing together."

"Coca-Cola sponsored our River Skimmer, a sort of vacuum cleaner which cleans up plastic. So should we have said: "No, we don't want your money, we only want sponsorship from Patagonia"? Maybe I'm naive, but I see that even those major players are aware that we can't go on like this. It's not only their customers that are calling on them to do things differently, they are also feeling the pressure from start-ups and scale-ups, which are working in different, more sustainable ways right from day one."

River Cleanup will collaborate with any business with a concrete plan to reduce the use of disposable plastic says de Groote. "Just before we joined forces with the supermarket chain Delhaize, there was a minor furore about their Lego promotion. Customers could collect Lego bricks, but they were all individually wrapped in plastic. We could simply have cancelled our collaboration. But we saw the justified criticism of Delhaize as a reason to shift up a gear in our efforts to reduce plastic waste."

Alongside a change in approach by consumers, businesses and governments, he is also expecting a lot of good to come from innovation and technology. "In recent years, we have tested out a number of technological methods of removing plastic from rivers, such as the floating vacuum cleaners mentioned earlier. These haven't all been successful, a lot of work is still required to get the technology working right."

"But on the other hand I am a firm believer in the combination of humans and technology. We all have just one pair of hands. If we succeed in developing technology that can remove large quantities at once, we can move things on a lot faster. In the end we at River Cleanup are doing what every start-up does: looking for ways to make our approach scalable.”

"You then need to strike a balance: do you deploy the technology close to home, or in Asia, where the plastic problem and, therefore, the returns are much greater than would be the case here? We take different approaches, together with local partners. In Indonesia, for example, we have installed barriers, which capture all the plastic moving down a river. That doesn't remove it, but it is all collected in one spot where it can be taken out. Meanwhile here in Ghent, we have been experimenting with a submerged system which continuously sucks in any passing plastic."

"Another dilemma we need to address is whether we shouldn't deploy technology earlier in the chain, technology that first and foremost avoids the plastic getting into the river in the first place. In my previous life, I was much occupied with lean working, the approach pioneered and perfected by Toyota. One of the most important principles of lean working is that it is much easier and more economical to avoid errors than to correct them."

His ultimate dream? All very simple according to de Groote: stop that 11 billion kilos of plastic getting into the sea. "Our aim with River Cleanup is to remove 100 million kilogrammes of plastic from rivers. But we're taking it beyond cleanups! Every piece of plastic that isn't used is another piece that can't find its way into a river. That's why we’re working towards changing people's behaviour and transforming businesses. And we need more people for that, as well as more technology and more resources. And we also need to grow as an enterprise".

"If you want to have a large-scale impact, you need to approach things like a true entrepreneur"

"Growth and entrepreneurship aren't dirty words as far as I'm concerned! On the contrary. If you want to have a large-scale impact, you need to approach things like a true entrepreneur. River Cleanup is pure entrepreneurship! If certain companies can become fabulously wealthy by destroying the planet, it must surely be possible to build a sustainable enterprise while attempting to save the world?"

"You could say this "entrepreneurship" story is my 'Going to Mars'. Elon Musk isn't there yet, not by a long way, but he continues to get closer to his dream. I have the same feeling. I don't always know how, but little by little, we are getting closer to our objective. When I'm 90 and sitting in the care home I want to be able to look back and say that I have done everything in my power to get people moving", laughs de Groote.

River Cleanup and Environment Awareness Programme by LCUN at Dhading

On 2nd April Saturday Bigger Trishuli river cleanup campaign have been organized by Let’s Clean Up Nepal (LCUN) in assistance and support from River Cleanup Belgium. LCUN is a nonprofit organization that has been working in an environmental sector to make the cleaner green Nepal by organizing different environment related campaigns throughout the nation.

Hoboken - About one hundred employees of A.S.Adventure collected no less than 321 kilograms of waste along the banks of the Scheldt in Hoboken. They did so on the occasion of World Water Day and to highlight the collaboration with River Cleanup. "To change things on a large scale, we need to work together," says Thomas de Groote of River Cleanup.