More than 1000 participants roll up their sleeves for #rivercleanupchallenge

Approximately 8 billion kg of waste ends up in our seas and oceans each year and 80% of this waste arrives via rivers. The Belgian non-profit organisation River Cleanup aims to raise awareness concerning this issue and encourage people to take action themselves.

The campaign ran between two symbolic days, i.e. from World Water Day on 22 March to Earth Day on 22 April. The brief was quite simple: rolling up your sleeves for 10 minutes in order to clear waste from a park, a river or merely in front of your own doorstep. Participants were asked to take ‘hero’ pictures with the waste they collected and share them on social media using the hashtag #rivercleanupchallenge and tag @rivercleanup. To convince their friends of the amount of waste they collected in 10 minutes, participants could also throw down a challenge without obligation to three more people. 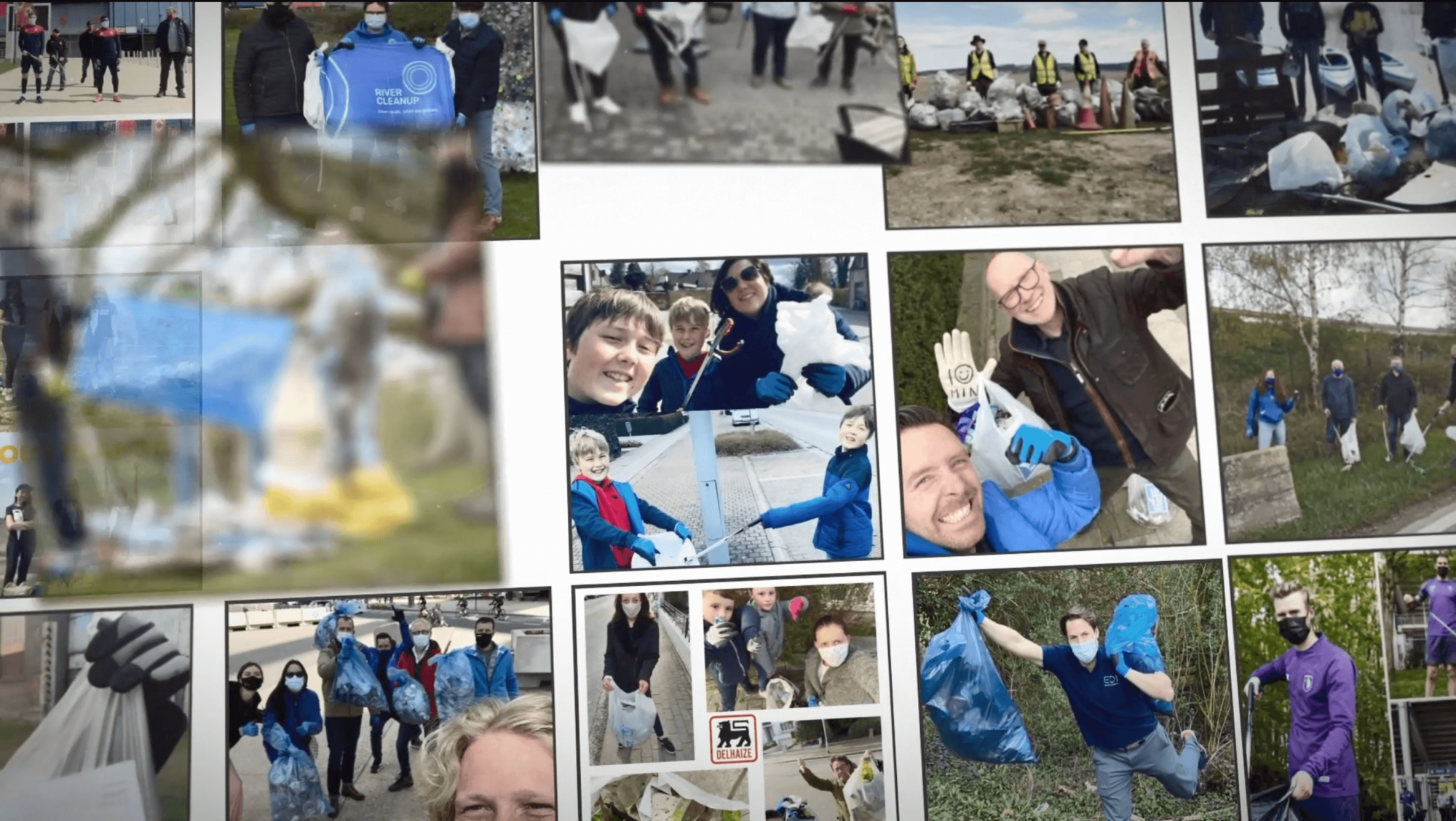 River Cleanup has been an amazing success story thanks to the unprecedented enthusiasm of many participants, who can justifiably call themselves ‘heroes’ following this month-long action.

Some data to be proud of:

- 25 cities including 40+ politicians from the cities of Bruges, Ghent, Antwerp, Mechelen, Leuven, Dendermonde, Namur and many more

- 60 companies including Delhaize, Volkswagen, Google, Proximus, ABinBev, Ikea, Unilever, De Lijn, Randstad and many more, together with their entire workforce

- 5 schools including the Vlerick Business School, Ghent University and KULeuven University with all their students

- 27 organisations such as Mooimakers, Rhine Cleanup, Peddelsport Vlaanderen, Plogging Mechelen, Scout groups and many more together with all their members

- 2 football teams Royal Antwerp FC and Beerschot who already completed their challenge. KV Mechelen and AAGent who are yet to complete it

- 3 press agencies: MNM, Radio2 and Gazet van Antwerpen organised their own clear-up alongside their editorial offices

- The organisers of the Paradise City festival called upon their team to get involved, with great success!

Because of its huge success the #rivercleanupchallenge is set to continue and people are encouraged to continue to recruit others.

Become part of the solution

Together we can raise awareness about plastic pollution and become part of the solution. On 6 June River Cleanup World will give you the opportunity to promote a clear-up campaign in your own neighbourhood. The objective? 1000 clear-up campaigns worldwide.

Would you like to be part of these events? If so, remember to put the dates in your diary and to keep an eye on the website.

Brussels, June 6, 2021 - Every year, around 8 billion kilograms of waste end up in our seas and oceans. To change this, River Cleanup organized River Cleanup World on Sunday, June 6, 2021. With countless small-scale, local initiatives worldwide, River Cleanup aims to prove that we all can make a difference. Over 750 actions took place in 45 countries along 160 rivers, making this second edition a huge success.

On June 6th we officially collected our 1.000.000th kg of river waste along one of the most polluted rivers in the world! This is the work of over 120.000 volunteers, starting almost 2000 actions in 45 countries in the past 4 years! We are very thankful and proud for this huge milestone, and are even more motivated to collect more in the coming months and years!

On River Cleanup World, a WFO Trawl was tested together with partner organization Waste Free Oceans and Environment and Food Foundation. Objective is to collect floating debris on the river surface and free the river