Every year over 8 billion kilograms of waste ends up in our seas and oceans. 80% of that waste ends up there via rivers. In addition, recent research by UN organization Unctad shows that the Corona crisis is pushing plastic pollution to unprecedented levels with plastic from masks, gloves, bottles and food packaging ending up in our ecosystems. The Guardian also recently reported that scientists have now also found micro and nanoplastics in human organs. The Belgian organization River Cleanup and it’s partner RhineCleanUp have been been raising awareness on river pollution since 2018 and activated over 60.000 people along the Rhine and over 100 rivers worldwide. Now the non- profits are launching the first River Whale in Düsseldorf a smart technology for collecting floating waste.

500 kg of waste
The River Whale is active 24 hours a day, 7 days a week with cleaning up floating debris. The system is inspired by the natural filtering system of a whale (the baleen). Instead of plankton, 1 River Whale can capture up to 500kg of plastic debris.

Technology
In addition to activating volunteers, the use of technology is an important step in getting rid of the 8 billion kg of plastic that end up in our oceans every year. Whereas the manual removal of litter mainly raises awareness and has an impact on what we buy and consume, the use of technology is mainly aimed at collecting litter as efficiently as possible, in a continuous way. "The combination of human actions and technology is a powerful way to tackle this problem," says Thomas de Groote, founder of River Cleanup. 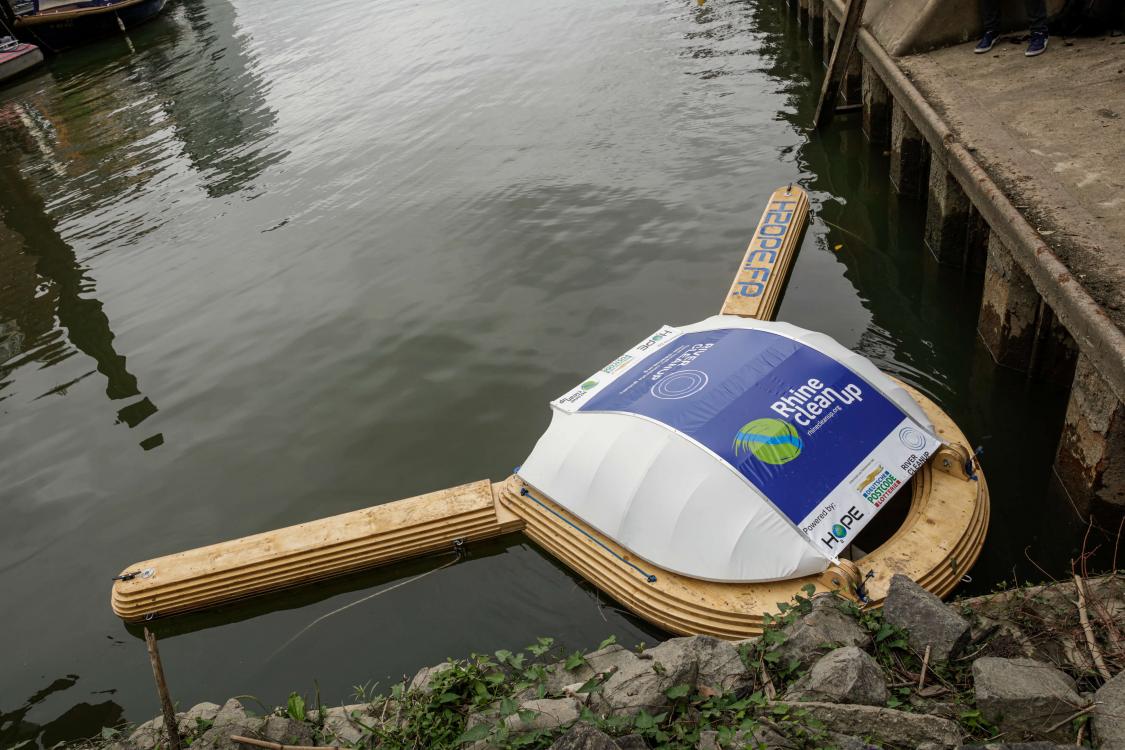 Designed and produced in France
The River Whale has been developed and tested in the Ill river in Strasbourg and will be gradually deployed in 50 locations in 2021. The system is produced by H2OPE, a French start-up with the ambition to fight river and ocean pollution by deploying River Whales and offering collection services to cities (more info on www.h2ope.fr). In Düsseldorf the system will be tested in Medienhafen for a period of 3 to 6 months.

Thanks to
The installation of the River Whale was made possible thanks to the support of Deutsche Postcode Lotteries, Uniper, Trivago, Rheincargo and the 3 grade students of the International School of Düsseldorf (they organized a zero- waste Christmas Market last year and donated all proceeds to finance River Whale system). The system will be emptied regularly basis by River Cleanup, Trivago and the Bootfahrschule Ocean 0211. The waste is sorted and will be managed by Awista. 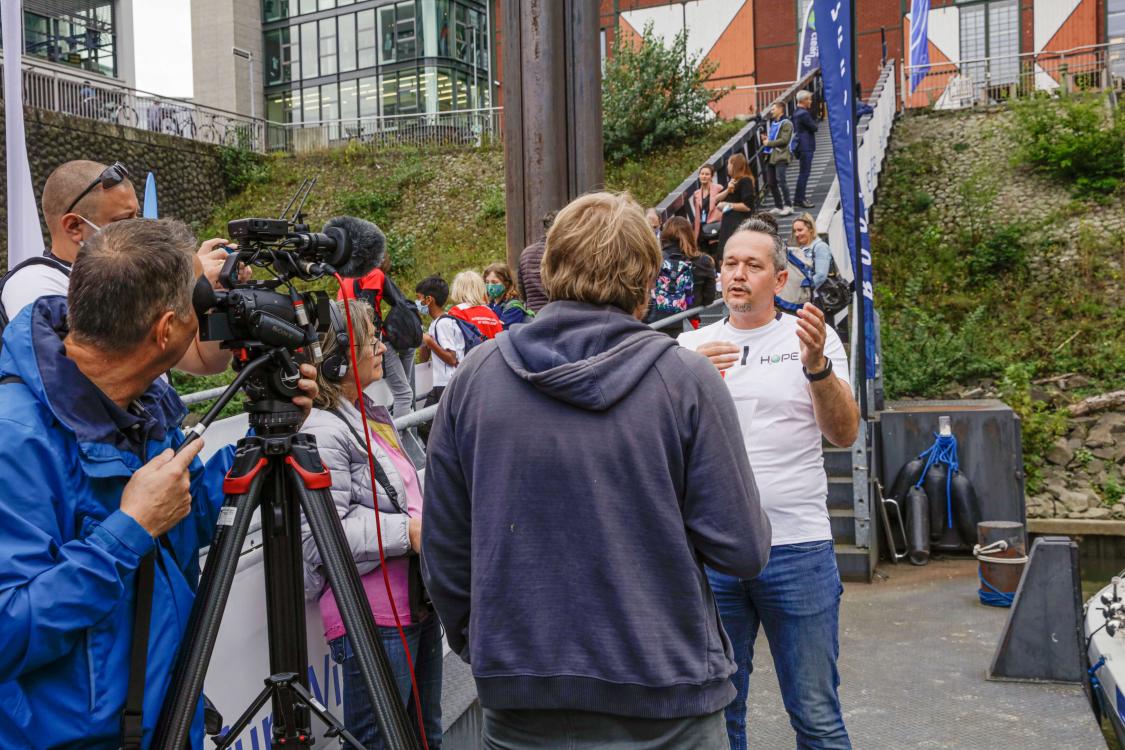 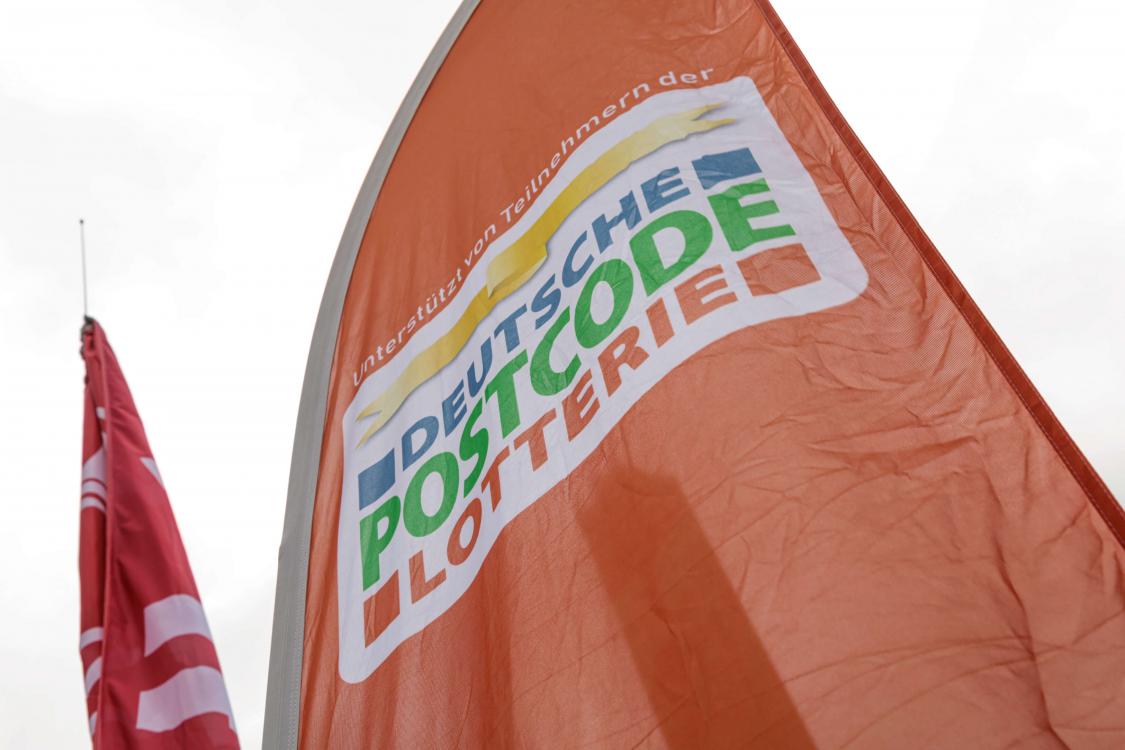 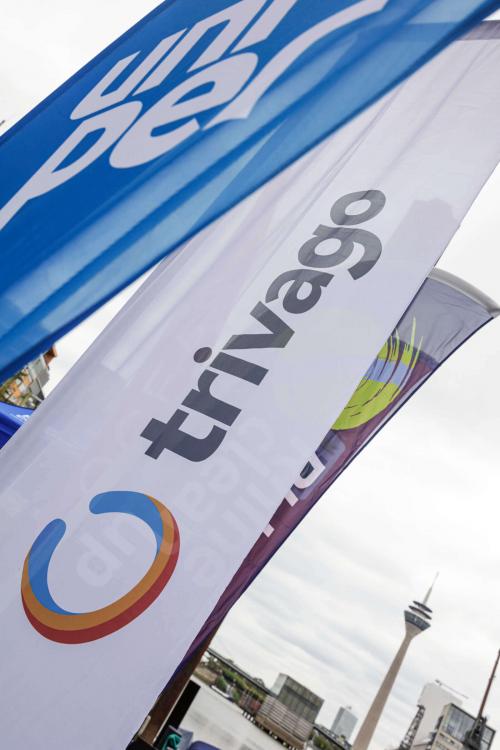 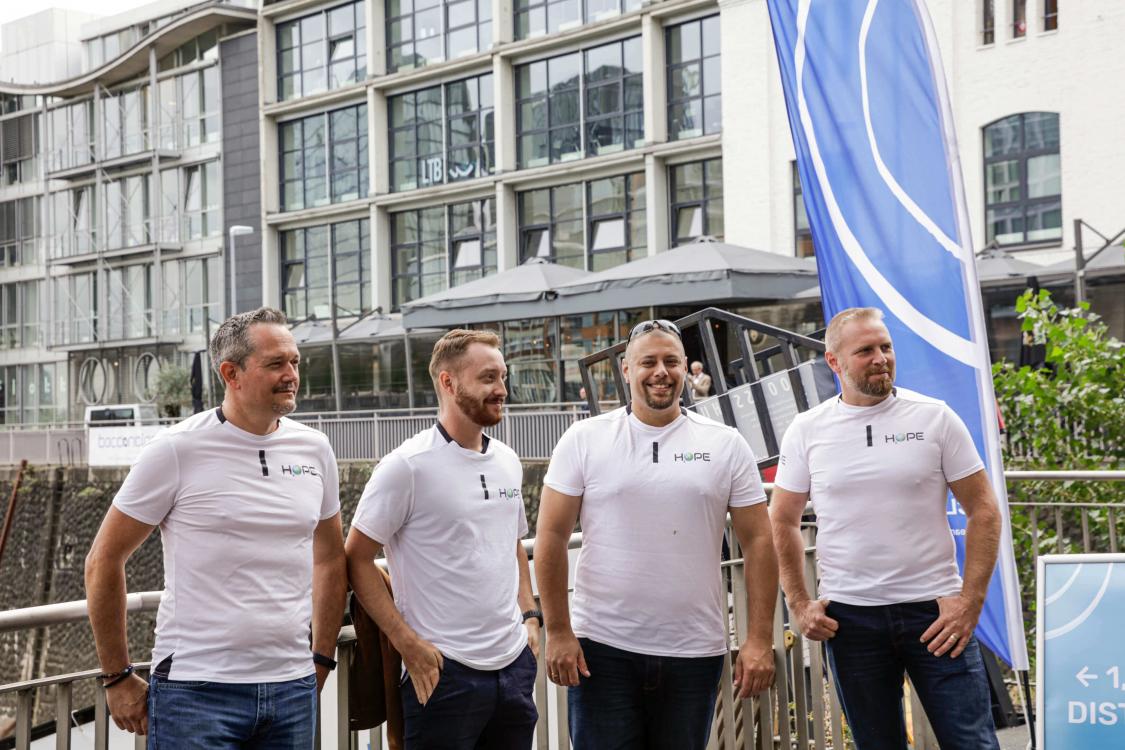 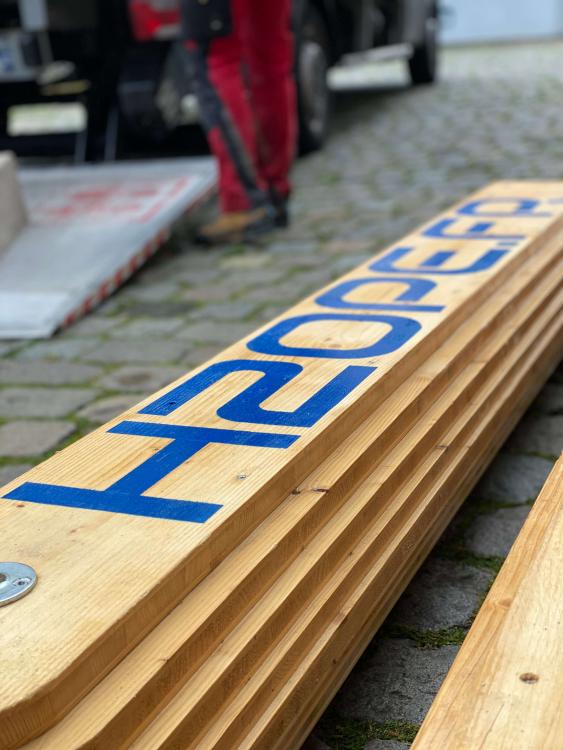 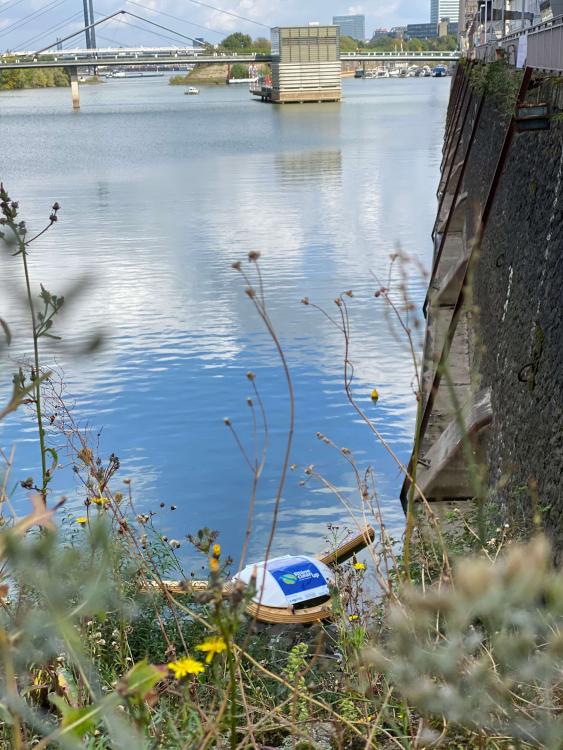 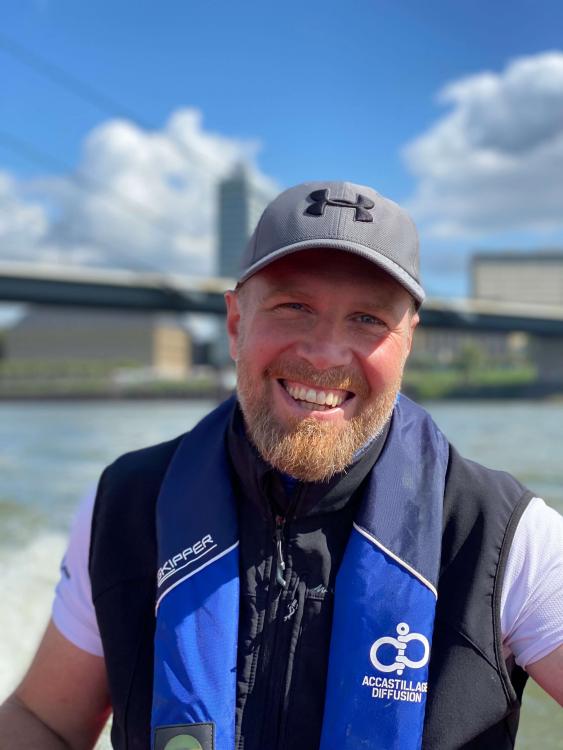 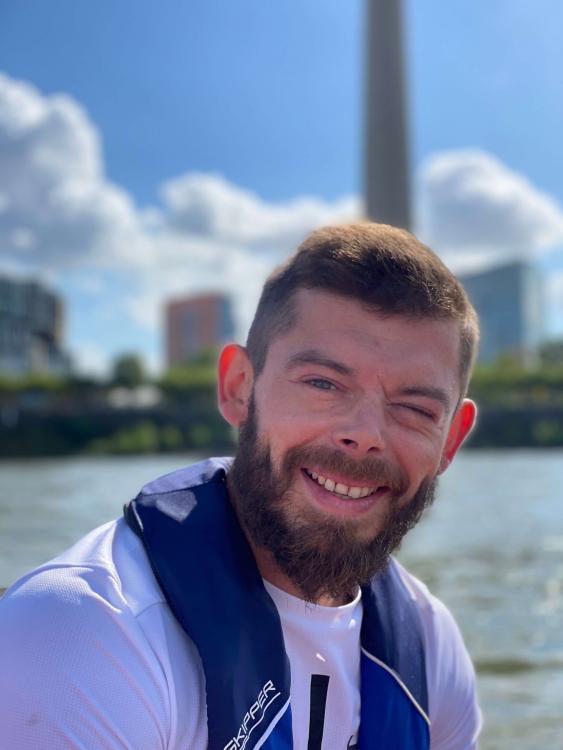 Brussels, June 6, 2021 - Every year, around 8 billion kilograms of waste end up in our seas and oceans. To change this, River Cleanup organized River Cleanup World on Sunday, June 6, 2021. With countless small-scale, local initiatives worldwide, River Cleanup aims to prove that we all can make a difference. Over 750 actions took place in 45 countries along 160 rivers, making this second edition a huge success.

On June 6th we officially collected our 1.000.000th kg of river waste along one of the most polluted rivers in the world! This is the work of over 120.000 volunteers, starting almost 2000 actions in 45 countries in the past 4 years! We are very thankful and proud for this huge milestone, and are even more motivated to collect more in the coming months and years!

On River Cleanup World, a WFO Trawl was tested together with partner organization Waste Free Oceans and Environment and Food Foundation. Objective is to collect floating debris on the river surface and free the river